Canada Immigration Plan 2022: What has changed? 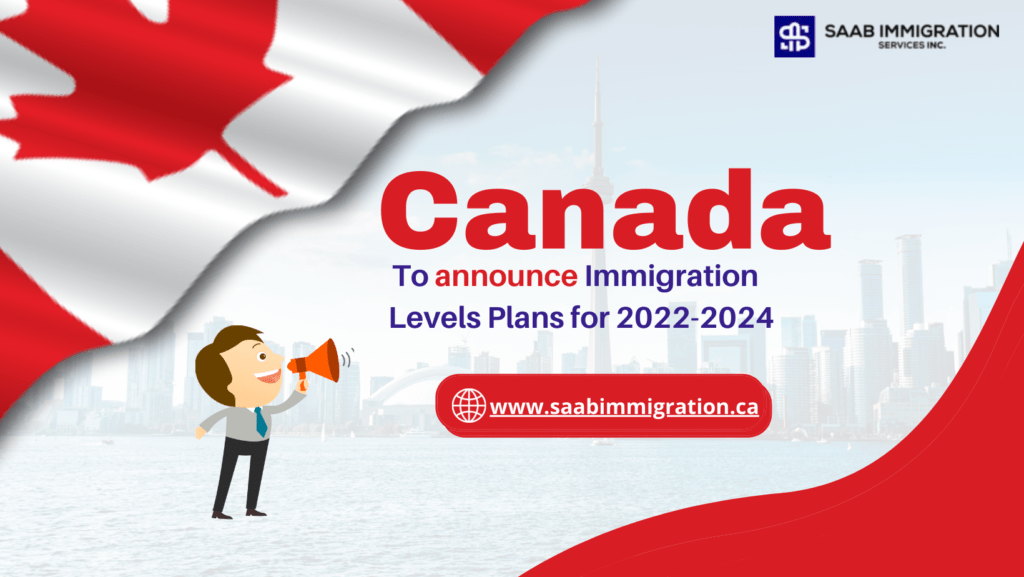 Illustration comparing The Immigration Levels Plan for 2022 announced last year VS The Plan that was recently announced:

Canada’s Immigration Plan for 2022-2024 was recently announced. Since the plan arrived, people seem to be more confused than relieved. On one hand, Canada is looking to land 431000 new Permanent Residents in the current year and on the other hand, the allocation adjustments done to the various categories are slightly confusing to many people. For example, according to the plan announced last year, Canada was targeting 110500 new PRs in 2022 under the Federal High Skilled category (which includes FSW, FST & CEC under The Express Entry system) and this number was brought down to 55900 according to the recently announced plan.

Similarly, we can also see an allocation of 40000 under the heading of Federal Economic Public Policies done in the new plan which is meant to accommodate Temporary Public Policies like The TR to PR pathway that was released last year. While this number seems encouraging, we must not forget that close to 90000 applications were submitted in 2021 under The TR to PR pilot last year which have all not received a decision yet. So, the figure of 40000 may not be indicative of new applications that would be accepted, instead, it’s an inventory of applications with IRCC that are waiting to be processed.

This is largely because, as per a Confessed data released in December, IRCC had an overall 1.8 million applications waiting to be processed under various immigration programs and the adjustment was done to limit the number of new applications coming in while allowing IRCC to work on reducing the backlog and keeping the overall planned numbers like what was previously announced.

In a nutshell, 2022 may not see FSW and CEC draws happening to everyone’s liking and we also don’t have any concrete information that indicates a definite probability of a TR to PR style of the program coming out this year. Immigration minister Sean Fraser announced earlier in the month that some version of Occupation-specific programs or draws might happen soon, but no concrete timelines or specifics were announced.

One of the issues that were completely ignored by IRCC is a plan for all the Temporary Residents who are in Canada. These are individuals who have probably spent thousands of dollars to come to Canada either as students or as workers and are currently on Work permits. Such applicants whose Work Permits are likely to expire in the weeks or months to come are currently dealing with a lot of unanswered questions and have doubts that should have been addressed by IRCC. What is the transition plan for them? or What is the plan for them to continue living in Canada on a Legal status until they get an opportunity to apply for their PRs?

Let us discuss an example: For somebody whose work permit to pr Canada was about to expire in September and if a CEC draw came out between now and September, this would allow the applicant to submit his/her PR application and subsequently apply for a Bridging Open Work Permit but the same individual if no CEC draw happens before September, the applicant is left with very few options. Such an applicant can either leave Canada and go back to one’s home country, look for a Job Offer through an LMIA based Closed Work Permit, or apply for a Visitor’s visa to continue staying in Canada. But overall, there is still a cloud of ambiguity as to what the future holds and also what are some of the things that one can do to sail through these tough times.

IRCC might still allow a Work Permit Extension Canada for Temporary Residents through a Temporary public policy as was done last year but until that happens these are some of the things one should do:

Secondly, talk to your Employers to find out if they would be willing to support your employees through an LMIA in a scenario where your PGWP is about to expire. This would allow you to apply for a Closed Work Permit to continue working with the same employer.

Finally, don’t rely on CEC or “TR to PR” alone to get you your permanent status in Canada. Find out about the various Provincial programs that are currently active across Canada. For example, If you are in Ontario try to determine your eligibility under the various Ontario Immigrant Nominee Program (OINP) streams. If you feel that you are eligible under one of the Job offer streams, you must next try to determine if your employer meets the requirements. It’s important to talk to the employer and confirm that they are willing to support you on your PNP application. We meet clients all the time who haven’t created an Expression of Interest on the Provincial website despite being employed with an eligible employer and meeting all the eligibility requirements and had they taken the right steps in a timely fashion, they could have successfully submitted their PR applications a long time ago.

A fact that we must all be prepared to accept is that with the announcement of this New Immigration Levels Plan, life in 2022 for a lot of PR aspirants may not be as easy as it was in 2021. One must be prepared to put in that extra effort to make sure that one stands out and is one of those individuals who end up receiving their PRs this year.

Unfortunately, there is no One-Size-Fits-All solution that can work for everyone. Every individual is different with their unique Credentials, and everyone must come up with a plan unique to one’s circumstances. Having more than one plan is also not a bad idea to make sure that if your Plan-A fails then your Plan-B or Plan-C are still there to help you receive your Permanent Resident status.

If you are not sure what might work for you or what your Plans should be, please find an Immigration Professional who has a good grasp of the current scenario and can draft a plan on your behalf. We, at SAAB Immigration, offer a free Initial Consultation and a Detailed Consultation for a small fee. One of these might work for you, depending on how long and detailed a discussion we end up having. We often advocate that the earlier we have this discussion, the better and this holds truer now than ever before. Even if your Post Graduate Work Permit has just started, this might be a good time to start planning and if required redirect and refocus your efforts in a direction different from your current one.

We can also discuss your employment eligibility. Sometimes, if need be, we can also talk to your employer and explain how they can support you on your immigration journey. Alternatively, since we are also in touch with employers from various industries through some of our other clients, we can also help connect you to the right kind of employer who is willing to support your application.

Our team at #SAABimmigration believes in the adage of #DoItOnceDoItRight and brings over 11 years of combined industry experience in successfully assisting clients on their Immigration journeys. Whether you are a first-time applicant, or your previous application has been refused reach out to us and discuss your case with a Regulated Canadian Immigration Consultant (RCIC).

Schedule an appointment today at https://calendly.com/saabimmigration